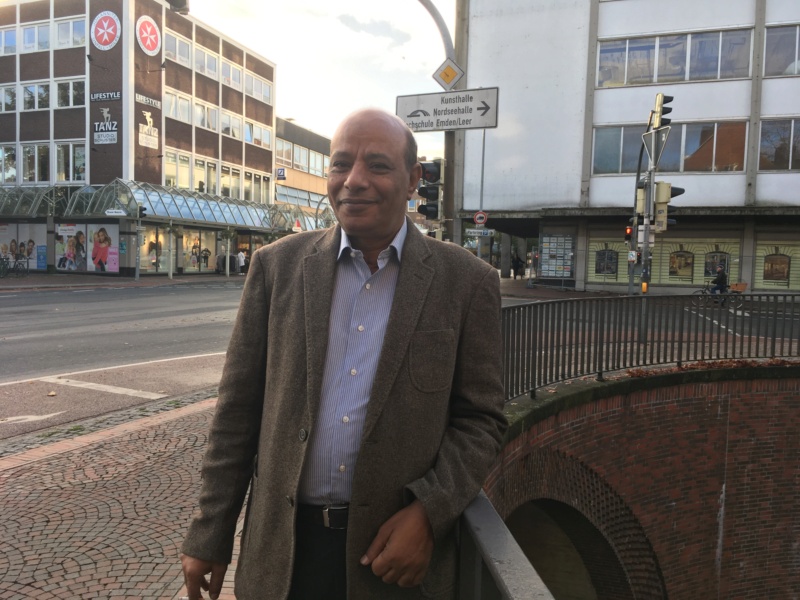 [/URL]
[center]Heart disease is a
group of abnormal cases, affect the heart and the coronary arteries of the heart resulting in the lack of adequate blood supply and weakening of the heart muscle which make the heart unable to push the blood to the aorta and the rest of the body, or defective valves, or congenital defects .... . etc.)Thomas, Charles, Fred & Lloyd, 1990: 3-4(

Psychological researches focused on the pattern of personal target for heart disease and they found that Type A behavior Pattern is a good target before the occurrence of the disease, and after the occurrence of the disease they found that anxiety and depression are the biggest factors affecting the health of the patient, and in the rehabilitation period, they found that the neuroticism is the main focus in the relationship of the patient with people around )Carroll, 1992: 27-28 (.
Is heart disease due to genetic factors or acquired factors from the environment? , the answer was that it was due to a combination of both, for genetic reasons, as represented in the history between the patients and family members, in order to reduce the incidence of heart disease in the family you must bear in mind the role of genes in the transmission of this disease, so we must tack care when we chose the parents and stay away from relatives ) Thomas, Charles, Fred & Lloyd, 1990: 3-4 (, and for the environmental reasons, the epidemiological research suggests a number of factors that contribute to heart disease, which include: smoking, age, sex, hypertension, and excessive increase in body fat, obesity, and lifestyle, and Type A behavior Pattern or pressure. Smoking is the biggest known risk factors for heart disease, we can include any stage of the disease processes one of these factors, however, that the combination of more than one is more than the degree of risk. )Davis,1987: 34-36(
The coronary heart disease is one of chronic diseases and sophisticated, it is acquired disease associated with the lifestyle of who enjoy the abundance of the western world, and the pathological processes which develop gradually through the accumulation of fat on the inner walls of the arteries leading to the narrowing and stiffness vessels called this process " hardening of the arteries" ) Davis,1987: 34-36 ( .

Health education play an important role in the fight against heart disease and coronary arteries disease, changing eating quality, refrain from smoking, and practice exercise and refrain from certain behaviors that have the wrong effect on the proportion of fat and protein, they found that the main cause of sudden death is arterial thrombosis caused by a building of fats on the interior walls of the coronary arteries and this blood clot prevent the blood flow to the heart muscle ) Rosenhan & Seligman, 1995, 322( .

Through the mapping of the psychological and social factors associated with heart disease and coronary arteries indicate that the neuroticism associated unstable angina as measured Eysenck Personality Inventory (EPI), and Type A behavior Pattern associated with chest pain, and Hostility associated with myocardial infarction and future risk of sudden death and malignant diseases. The researches has focused on behavior that affects through anger and hostility and Type A behavior Pattern in the course of heart disease through the neural hormones ( Neuroendocrine) , the psycho-social event, which is estimated knowledge as a source of threat or challenge of leading the response with increasing heart rate and blood pressure with an increase in the secretion of Epinephrine, and Non epinephrine, and Cortisol (Hydrocortisone), and Prolactine, And this background information could be the result of the examination of the challenges of mental work to discover the use of hormone , ECG , Arteriographic arteries, which can all help in clarifying the relationship between cognitive activities and psychological responses )Williams & Anderson, 1987:54-63). Also shown that the sense of threat to the person himself or his family members or the loss of part of his body because of an accident or loss of a family member to raise a strong lead to increased cardiovascular disorders, an indication of the existence of a malfunction psychological disorders lead to a heart attack has been confirmed by psychological research that also found that under the impact of tensions that occur as a result of divorce, or lack of stability in one place, all lead to disturbances in heart rate (Helgeson, 1999: 561-569).

Psychological morbidity lead to poor performance of the heart, as is evident in the ECG, and lack of patience, sadness, and stress increase the beating heart, it was found that arrhythmia lead to psychological symptoms, grave ,reprimands, and the lack of patience lead to arrhythmia , plus painful horrific incidents such as the deaths of a brother or a dear friend, be a psychological risk factor leading to heart disorders (Shnek, Irvine, Stewart, & Abbey, 2001: 141-145).

The influence of acute emotional stress in the heart's electrical activity through a high-performance nervous system causing arrhythmia exceeds the speed of heart rate during inspiration and less during expiration , many studies have been carried out confirmed that (Lynch, Paskewitz, Gimbel, & Thomas, 1977 : 645-657). It was found that psychological factors such as high pressure and feeling of social isolation are a good predictable factors to heart stroke in men who have suffered from unstable angina, also with the loss of a loved one associated with exposure to the death of a heart attack, also found that stress has physiological effects in the acceleration of an electric pacemaker and ventricular contraction. It is believed that there are two paths affect the mental activity are the physiological electrical response through the activation of Sympathetic Adrenalin or to respond to the alert through the Adrenal Glandular System in the cerebral cortex, all of these characteristics are able to respond to disturbances in heart rate (Eliot & Buell, 1985: 95b -98b).

High blood pressure is a risk factor in Brain Stroke, Myocardial Infarction and Cardiac Arrest in addition to the incidents of brain hemorrhage (Cerebrovascular Bleeding ). The recent researches has focused attention on the effects of blood pressure on cognitive function in three broad areas: Psychological nervous functions, such as overall performance the proportion of intelligence and memory, and time of feedback. As the patients will receive drugs for the high blood pressure, which can cause the same adverse cognitive effects, in addition to other areas such as the impact of the psychological examination of the anger and hostility on blood pressure and the link between mood shifts and the high pressure, all of these points are useful in the design of psychosocial interventions aimed to help people to understand the mutual influences between the mental and physiological activities (Carroll, 1992: 25-27).

Methods of prevention of the disease
It is clear from the foregoing that the factors that lead to heart disease could be avoided if we follow proper health habits, it's the job of medical, psychological follow-up team with the individuals who are liable to get heart disease as follows:
1 Teach the patients to exercise some simple physical sports such as walking at least half an hour a day.
2 - Reduce the amount of alcohol "Thank God that Islam was denied to Muslims."
3 - Taking appropriate meals for each age with emphasis on fresh fruits and vegetables and reduce meat and animal fats and too much from white meat such as rabbit, chicken, and all kinds of fish expect shellfish such as shrimp and lobster.
4 - Rely on food that contains fiber bread, pulses and brown full.
5 – Increase the amount of fresh juices.
6- Avoid hydrogenated vegetable oils, and reliance on non-saturated oils.
7 - Medical follow-up in the event of any disease particularly heart disease, if there is a genetic factors or family history of patients with a family member.
8 - Stay away from situations that cause stress and tension.
9 - Reduce the salt in food so as not to lead to high blood pressure.
10 - Maintaining appropriate body weight for the person's age, excess weight results in many health problems such as diabetes, joint pain and other, and the most important is heart disease .
11 - Refrain from smoking and passive smoking (to sit with smokers) (Kaplan, Sallis & Patterson, 1993: 7[/center
])